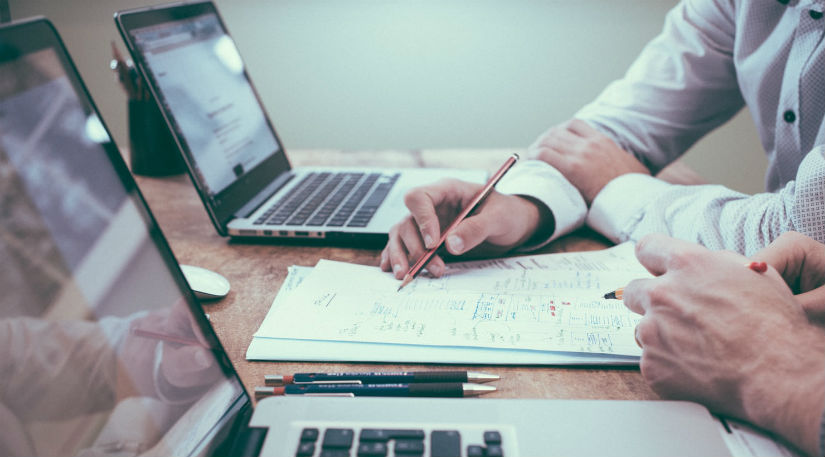 When it comes to drones, the rules of the game are constantly changing. It can be challenge just to keep up with all the new innovations coming forth from the factories and enthusiasts, and the many regulations rolled out to regulate them.

And that’s why we are creating this guide.

Regulations change, and this extends to how, which, where, and why drones are registered.

In the UK, the aviation authority in charge of regulating the skies and all who use it in one way or another is the Civil Aviation Authority (the CAA).

And they have a few rules about registering your drones which we are going to clarify in this article.

Is It Mandatory to Register Your Drone with the CAA?

Changes were made to the regulations concerning drone registration in the UK in 2019.

On the 5th of November 2019, the CAA launched a different set of regulations governing the registration of drone and model aircrafts and their pilots operating in the UK.

And these regulations are designed to be more sweeping and comprehensive than those that were previously in place.

For example, the registration laws in place now are not only addressed to those who fly drones, but also to those who are responsible for them (even if they don’t necessarily fly the drones).

In the UK, drone regulations stipulate that if you own or fly drones and model aircrafts that weigh between 250g and 20kg, you will be required to register the drone. Some manufacturers are being sneaky with this and are releasing some of their best drones under 250 grams in weight.

The exceptions to this rule by the CAA include:

Unless you qualify for the two exemptions listed above, if you have a drone weighing between 250g and 20kg which you intend to fly in UK airspace, you are legally required to get it registered before flying it.

Drone pilots and owners who fail to comply with the demands of this law run the risk of being levied fines of up to £1,000.

The UK has been the scene to some major incidents involving drones. One of the most major happened at Gatwick airport where planes were grounded for several hours after drones were sighted close to the airport.

Other incidents involving drones illegally delivering contraband to prisons have left authorities grappling with solutions to the many problems brought up by the drone phenomenon.

And, as you can imagine, this is a call for concern to the authorities and the general public at large.

Now, to be sure, the overwhelming majority of drone owners and pilots operate their drones responsibly and ethically. But to ensure that authorities can quickly catch up with those unscrupulous exceptions to the rule who flout regulations and restrictions and recklessly put individuals at risk, registration procedures have been put in place.

Also, the increasing number of commercial drones in the UK is an issue to consider.

A report released by PwC highlighted that the uptake of unmanned aerial vehicles could potentially be worth about £41.7m to the UK GDP come 2030.

UAVs are presently being incorporated into various services across a wide range of industries and sectors for their cost-cutting and time saving potential. For example:

As more businesses catch on with the times and jump on the UAV train, the CAA will continue to emphasize registration as a way to keep a handle on things.

How to Register a Drone with the CAA

In order to register your drone with the CAA, there are three main requirements you must go through:

There are zero exemptions to this rule. Everyone who operates a drone must register. This includes:

If you ever hope to fly a drone in the UK, then you must succeed in passing an online theory test on flying legally and safely.

The only exceptions from this required test are those who happen to have a valid permit from the CAA, an exemption, or operational authorization for drone operations.

But even those who are exempt from the test will have to register for their flyer ID.

The test consists of 20 multiple choice questions, and you need to score at least 16 in order to register a pass.

All the knowledge you need to pass the test can be found in the Drone and Model Aircraft Code; and you can take the test as many times as you require to pass.

To improve your chances of passing, there are many drone schools operating in the UK to which you can sign up to help you with study materials.

When you succeed with the CAA test, you will be issued a flyer ID, which will vouch for your competence as a remote pilot.

There is no minimum age for obtaining a flyer ID. However, individuals younger than 13 can only register with a parent or guardian present.

Registration remains valid for 3 years, and there is no fee to be paid for this entire process.

According to CAA regulations, anyone who is in charge of a model aircraft or drone has to register as an operator. To be eligible, you need to be 18 years or older.

When you register for an operator’s ID, you will get issued an operator ID along with a certificate of registration.

The CAA requires that UAV operators display their operator IDs on their drones and model aircrafts.

And, yes, you can use the same operator ID for all the unmanned aerial vehicles you are responsible for.

Operator IDs are valid for 1 year, and registering for one costs £9.

How Much Commercial Drone Licenses Cost

If you intend on getting a drone and registering it in the UK for commercial use, you may be wondering how much money you would have to put down for that purpose.

The cost boils down to the cost of getting a Permission for Commercial Operation, commonly referred to as drone license.

The term ‘drone license’ is actually misleading because the CAA does not issue licenses to drone pilots.

There is technically no such thing as a drone license.

The CAA does issue permits to regulate safety, and this is what the Permission for Commercial Operation (PfCO) is. You will need a this permit in order to carry out most drone pilot jobs in the UK.

To get a PfCO, you need to first of all train at the CAA-certified as a competent remote pilot. And usually this can be done at a CAA-recognized drone school which will have its own school fees.

After that, you need to pay in an application fee of £253 to the CAA, along with your application for a PfCO.

How do Commercial Drone Users Register Their Drone with the CAA?

If you are a commercial drone pilot who is in possession of a valid PfCO, you will be exempt from having to go through the online competence test.

But you still need to register online for your flyer ID and operator ID.

To make it possible for you to demonstrate your competence whenever required (for example by authorities like the police), the CAA provides formal exemptions to go along with the existing permissions granted by your PfCO.

You can expect the rules to keep changing as time goes on as far as drone registration in the UK is concerned. As a drone pilot, keeping yourself updated is part of normal procedure.

Also keep in mind that you can always get more information on drone registration procedures from the official CAA website.