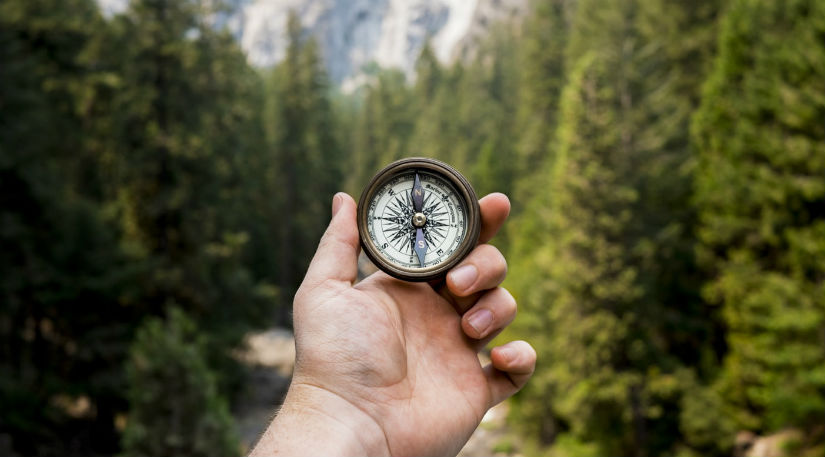 While in the air, drones can be pretty easy to spot for anybody nearby. But what happens when it’s no longer in the sky?

Maybe it makes an emergency landing in an area that is far away from your piloting position?

Or maybe an irresponsible pilot takes flight in an area he shouldn’t — how do authorities track it?

Is drone tracking even possible?

We address these questions in this article.

Can Drones Be Tracked?

Although hardly sophisticated — and disappointingly untechnological — the easiest way to track a drone and link it to a person is by simply following it.

Think about it. Most drones will have flight times that do not exceed 30 minutes from takeoff, even on a full battery.

The best option you have when you notice a drone flying over your house without your permission should be just waiting it out, and then following it to when it turns back towards its pilot.

Now, imagine a scenario where you lose sight of the drone and have no idea where the pilot could be. How do you track the drone in this case?

Police forces and aviation authorities all around the world have to gain the skills required to answer puzzles like these, as drones become more popular among the civilian population.

Drone owners are also waking up to the fact that they too need a reliable way of tracking down their drones should they lose it for any reason. Are reliable drone trackers available?

Luckily, there are a few ways; some already available to you, and others to roll out in the near future:

Here’s the thing with most drones in the air — traditional radars can have a hard time tracking them. And it’s not hard to see why: they are small objects that are usually the size of birds so traditional radar systems struggle to differentiate between the two.

This is a problem which airports and aviation authorities might have when they get reports of a drone flying nearby in restricted space.

At that point, the priority would be to locate the drone and bring it down before it causes any regrettable havoc like interfering with an airplane’s flight path.

Military grade radar would be a suitable option, especially give the experience that the military has with drone tech. But going for that option in order to track a commercial drone would be like trying to kill a fly with a bazooka and it would be just as expensive. Military equipment is neither cheap nor available for regular Joes like you and me.

You are more likely to find value with a drone radar system that is specifically built to differentiate between birds and drones and meant for the consumer market.

Not only does a system like this come with many of the features you would want in a drone tracker system, it also comes cheaper than the military alternative.

With equipment like this, authorities can locate drones and mobilize themselves to act more quickly than they otherwise would.

The DJI aeroscope is a device that was developed to detect the communication signal between a DJI drone and its controller.

The Aeroscope decodes the signal, then sends the drone’s telemetry data and registration information to the Aeroscope box.

It has a wide range, and Aeroscope users can pick up a drone’s signal from several blocks away.

At a time when there are many anecdotal reports of drone pilots operating their drones where they shouldn’t (think natural disaster areas and airports) devices like the DJI Aeroscope could ease the work of the authorities.

They can also quickly get in touch with drone pilots that have a different interpretation of the rules and regulations in place.

Some contractors and security specialists are following DJI’s example coming up with their own “remote ID” sensors that work in a similar way.

The Aeroscope can be hard to track down for purchase, but your best chance of finding one is on the DJI store.

DJI are also releasing a free drone tracker app that would allow anybody in possession of a smartphone to track and identify drones that flying nearby.

All that stands in the way of the app currently is regulatory hurdles. Once approval is given, anyone would be able to track any quadcopter or similar UAV flying within a 1 kilometer radius.

Not only will users be able to track down the drone through the drone tracker app, they would also receive information like the altitude at which the drone is flying, its speed, the direction of travel, and even the pilot’s location.

It gets better (or worse if you happen to be a pilot flying irresponsibly); the aircraft’s ID number — if it has been registered with the FAA — will pop up as well.

The drone tracker app has been designed to take advantage of the Wi-Fi Aware protocol for mobile devices that enables a phone to receive and use Wi-Fi signals directly from a drone without having to complete a two-way connection.

Unlike the Aeroscope which tracks only DJI UAVs, this drone tracker app promises to track drones from multiple makers.

The drone tracker app, according to DJI, would offer “an easy way for anyone with a smartphone to monitor nearby drones for enhanced safety, security, and peace of mind.”

The peace of mind can’t be overemphasized given the direction which drone use is taking.

Imagine, for example, that one day drone deliveries become common. The drone tracker app would be able reassure residents that the drone whizzing across their roofs is on its way to a delivery spot, rather than a pilot fooling around in their backyard.

According to GPS tracking device manufacturer, Trackimo, 30% of drone owners lose their drones, never to be found. While you offer a moment of silence for them, you need to remember that it could easily be you. And that is why it is important to attach one of these devices to your drone.

A huge number of pilots, however, are left with the scary prospect of losing their drones completely if it should ever go astray.

Some pilots worry about disturbing the drone’s maneuverability by attaching another device to it, but that situation is easily solved by attaching the tracker close to the drone’s center of gravity.

How Do Drone Trackers Work?

There are three different kinds of drone trackers available to drone users:

These trackers are connected to the network of satellites that circle the earth, providing the framework for the global positioning system. This system makes it possible to track your drones anywhere it may be on the planet.

However, GPS drone tracking comes with some two major limitations.

First of all, the drone tracker’s signal must not be blocked by solid objects or structures. For example, the tracker device won’t do its job very effectively from within a building. For best results you have to be out in the open.

Also, you need to have a cellular plan for the tracker; without it you cannot relay its position to you.

These are trackers that send out radio frequencies that are received by receptors. The advantage that these RF (Radio Frequency) drone trackers have over GPS drones is that they don’t depend on GSM reception.

Thus, RF drone trackers will work even in faraway areas with zero infrastructure.

Their major drawback, however, is their range. Almost RF trackers available for sale offer a range of no more than 2 miles.

In recent times, a group of drone trackers with no GPS features was developed and launched. These had a Bluetooth range of 10-15 meters.

On a wider scale, these drone trackers operate by relying on other peer operators of the system whose mobile phones would locate your item by passing through the UAV trackers Bluetooth broadcast.

The technology is yet to catch on and gain a massive following, though.

If we believe the aforementioned statistic that 30% of drones get separated from their owner in flight, there are a variety of reasons for why we’d want to track our drones to prevent them getting lost.

There are many reasons why a drone could disappear in flight:

And it could happen to anybody at any time. The best thing you can do for yourself as a drone pilot is to prepare for the unexpected ahead of time by attaching a GPS tracker kit to your drone — something like this (originally designed for pets) might actually do the trick.

Get acquainted with the system before you have to use it. That way, you don’t get to be completely clueless should your expensive drone actually be on the line.

Can Anyone Get a Drone Tracker?

If your drone does not come with its own drone tracker like is customary with some manufacturers, you can pick one up from sites like Amazon.