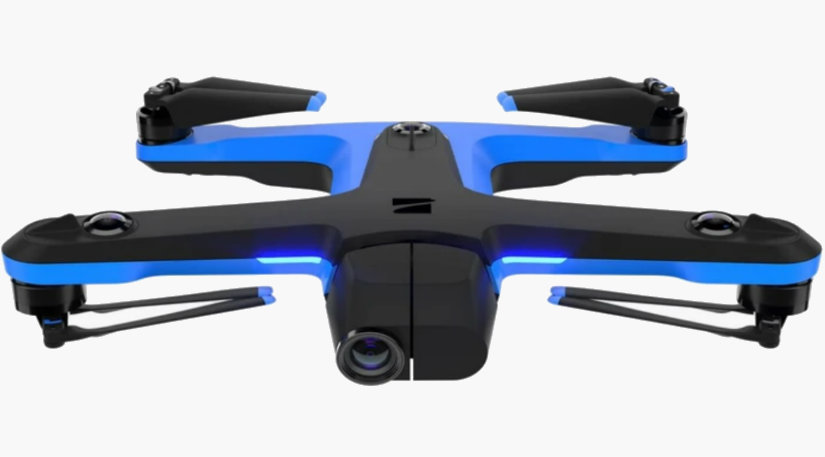 More than better performance, top-of-the-line specs and affordability, those in the drone space are now demanding another must-have in their latest flying machines; AI — Artificial Intelligence.

The trend of automation via deep learning algorithms in the everyday setting is slowly taking over major and even menial tasks.

The drone scene is no exception to this, with more users wanting to have smart features like obstacle-detection functions, automated flight presets, and even autopilot-enabled flight.

Vying for the top position in this smart-drone classification is the Skydio 2, a newcomer taking center stage with its tagline: The most advanced flying AI on the planet. Pretty bold claim, don’t you think?

The Skydio 2 is touted as a self-flying drone that lets you do what you need to do, looking after itself with its advanced learning AI that navigates it safely while in the air. But what can it do? What can it NOT do? Dive into this thorough Skydio 2 review and find out for yourself.

The Skydio 2 has a GPS + GLONASS configuration for its navigational system, allowing it to connect to up to 24 satellites for better triangulation and positioning capabilities. This means that the drone has better access to its location data in real-time, translating in an accurate placement on the map.

This also gives the drone an extra fail-safe feature with the redundancy offered by this configuration. Each of the systems offers a backup for either in cases of mid-flight failure to keep the craft safe while aloft.

One of the bread and butter features of this advanced quadcopter is its Obstacle Detection system, which mainly comprises of an impressive array of six 4K cameras that are situated in key points of the craft’s structure. These optics units communicate with its NVIDIA computing processor to assess the craft’s distance from obstacles.

This allows the Skydio 2 to effectively weave and dodge even the thinnest of obstacles like branches and twigs, although the manufacturer strictly goes against flying the drone towards wires and other extremely thin objects, as well as glass surfaces.

There are a wide selection of cinematic presets or “skills” that can bag you excellent shots without having to manually command the drone to do so.

Motion Track – This mode has the Skydio 2 tracking the subject at an angle relative to its direction of motion, making it handy when you want to keep the perspective on the subject as it moves.

Fixed Track – This tracking method allows capturing footage of the subject at a fixed angle, ignoring its direction of motion. This mode is useful if you want to maintain a locked perspective on the background instead.

Orbit – This has the UAV revolve around the subject in a complete 360° sweep, either in a clockwise or counter-clockwise fashion, perfect for comprehensive shots that bring a dramatic flair altogether.

Cable – Allows you to set two points in the sky, where the drone will fly the line connecting the points, similar to a cable cam.

Hover – This mode provides a stable platform to shoot from, with the drone hovering in place virtually motionless, with the camera unit being the only active shooting component as it tracks the subject.

One-Shots are pre-programmed flight presets that the Skydio 2 executes, then returns to the pilot after the shot is captured.

Dronie – This progressively flies upward and outward, increasing the background expanse of the shot without losing sight of the subject.

Rocket – This is a straightforward mode with the drone flying up while keeping the camera pointed below, still keeping track of the subject, which can be handy if you want a large coverage of the ground, e.g. a soccer match.

Boomerang – The drone enters an elliptical route with the subject being kept in frame, beginning with close proximity from the subject, then flinging far out, before coming back to complete the route.

Vortex – This flies up and outward, like the Dronie mode, while doing passes around the subject in a whirlwind-like fashion.

The Skydio 2 is kept safe with its automatic Return To Home function kicking in in the event of low battery levels or signal transmission loss. The drone usually has its takeoff location as the reference point of this function, but the pilot can manually set a Home point on the map to which the drone will follow instead.

Another function that makes flying the Skydio 2 seamless is its One Key Takeoff and Landing option, forgoing the need for manual maneuvers when you initialize or retrieve the drone.

You can set a location to fly towards just by holding a specific position on the map, where it will bring up a “Fly Here Now” prompt for you to confirm. The drone also warns you if the desired location is out of transmission range for you to adjust accordingly.

The Skydio 2 carries a beefy 4280 mAh battery that supplies it with 23 minutes of time aloft, which might seem underwhelming to some considering the massive capacity of the battery. This is actually due to the AI system taking in a considerable amount of power along with the actual motors doing mechanical work. As the best recreational quadcopters in the industry max out at around 30 minutes of flight time, this isn’t too bad.

The processing power needed to get the Skydio 2’s AI algorithm working properly has to be enough to utilize the sensing cameras, as well as the calculations it has to do to make real-time decisions simultaneously.

It’s a shame that the company couldn’t integrate a charging module with the kit, instead of making it an additional purchase to make, and the drone only ships with one battery back too.

It attaches fairly well to the drone, though, clicking in place with a tactile and resounding snap, thanks to the magnetic contacts on the drone’s receiving terminal.

The main camera has a Sony IMX577, 1/2.3 inch CMOS sensor that is capable of capturing 4K 60 fps video and 12-MP photos. It takes impressive footage and stills, with the level of detail comparable to DJI’s own offerings. At this price point, consumers are expecting high-quality captures, and the Skydio 2 has that to offer, except for some minor flaws.

You have a limited range of options for tweaking your camera settings, like ISO, white balance, shutter speed, and contrast, while its HDR mode is more of a liability for general use, with shots being more washed out when compared to the normal shooting mode.

The camera is equipped with an excellent 3-axis stabilizing gimbal, giving you buttery-smooth shots even at high speeds, making it perfect for chases or sports shots. Speaking of sports shots, opting for the 1080p shooting resolution gives you 120 fps capabilities, for that extra-smooth slow-mo translation in post-processing.

The Skydio 2 doesn’t have a native controller out of the box, similar to how DJI offer their drones, but you do gain access to the controls via the Skydio 2 smartphone app, which has virtual buttons and “joystick” to allow you to control the drone remotely. Your range with a phone as the controller is limited to 200 meters, though.

The Beacon and Controller options, each being standalone units, will set you back about $150 apiece, and extends your operational range to 1.5 and 3.5 km, respectively.

All that being said, think of the control modules as degrees of necessity. If you need the range and the wider set of toggles/buttons to fine-tune and really get in the Skydio 2’s cockpit, the Controller is for you. Other than that, you can survive with the smartphone or Beacon just fine, as while being a “step down” in terms of the said control functionalities, it is implemented with a user-friendly design that oozes simplicity and efficiency.

The company say that this self-flying drone can be operated by three-year-olds and even offer warranty (in case of accidental damage) to back up this claim.

The Skydio 2 is solidly built with a magnesium alloy body, which gives it a heftier profile than drones made of plastic or aluminum but gives it the durability of a tank — well, kinda — ready to take a beating (although we doubt there’d be too much of this happening given its’ impressive evasion capabilities).

As mentioned earlier, the sensing cameras are placed strategically all over the drone’s structure, from the propeller arms and hull for a visual bubble that keeps the craft safe from crashes.

It adapts the quadcopter design (though fixed, with only the propellers folding) as well, albeit a bit imbalanced in dimensions due to the bulging battery pack and slightly-offset propeller arms.

There is still very much a premium vibe with its satin black-and-blue finish, worthy of its price point and performance. If you care about aesthetics as well as performance then you should have no qualms here.

The Skydio 2 boasts its automated flight capabilities, even with manual control options being available. One of its most sought after flight modes using its advanced AI system is the Tracking function, where the drone recognizes a subject to follow, and tails it like a loyal hound to its master. This advanced tracking algorithm “remembers” the subject, so even if you go out of the frame and reappear, it will resume tracking operations.

The obstacle avoidance system is neatly programmed to skirt along the path blockages, which works pretty well in forest grounds where the scatter of trees provide a natural obstacle course. While the system is far from perfect, often being confused by speeding subjects, it’s the ability to change its course towards a safe and optimal path has us impressed, to say the least.

One takeaway from the obstacle avoidance features is that it is extremely reliant to vision (as if the six 4K camera array aren’t enough evidence), so be careful in low-light or limited-visibility situations (fog, haze), which could result in loss or damage of property.

Let’s get to the verdict.

Skydio teased this drone as the most advanced in its game, featuring the coveted AI technology that many dared to touch but only a few were able to wield. We believe it is a cut above most of the rest, with its intuitive characteristics exceeding expectations, setting the bar high in terms of flight automation.

Sure, Skydio has a less than desirable way of doing business with its part-by-part accessory offerings — upsells — but this doesn’t make the Skydio 2 dysfunctional at all, able to stand its own ground out of the box, a testament that this fledgling needs no mama.

Carrying a price tag somewhere in the territory of a thousand dollars, the Skydio 2 has shaken the high-end market with its extraordinary cognitive functions.

If you’re a content creator or just someone who’s itching to try the ultimate hands-free experience, and you have the budget to do so, grabbing this piping-hot piece of tech is virtually a no brainer.